The preliminary program of the 2015 annual meeting (in New Orleans) of the Archaeological Institute of America  is out, and our talk is scheduled for a Friday morning session called “Reports from The Field: Greece.” The name of the session is boring, but the content should be fascinating: the audience will hear about the exciting work of our friends at the Mazi survey and the most recent work at Mantineia, Olynthos, and Molyvoti in Thrace. It’s a testament to the growing internationalization of Greek archaeology and the AIA that these are Canadian (WARP), Swiss (Mazi), British (Olynthos), American (Molyvoti), and (I think) Greek (Mantineia) projects.

Here’s the abstract that we submitted to the AIA:

The Western Argolid Regional Project: Results of the 2014 Season

The summer of 2014 was the first of three planned field seasons for the Western Argolid Regional Project. This interdisciplinary project, carried out under the auspices of the Canadian Institute in Greece, is centered on an intensive diachronic archaeological survey of the upper valleys of the Inachos river to the north and west of Argos. Our survey seeks to investigate the nature of the relationships between the communities in and around the western Argolid. This is a significant issue, since although Argos is a major center in virtually all periods of Greek history, its regional context and its connection to other cities in southern Greece is poorly understood, in part due to the paucity of research in the western Argolid, especially in comparison with the eastern half of the prefecture.

In 2014 the survey worked in the region of ancient Orneai (modern Lyrkeia), an independent polis destroyed in the late 5th century BC by Argos (Thucydides 6.7.2, Diodorus Siculus 12.81.4-5), and through which the Klimax, a major road connecting Argos and Mantineia, passed (Pausanias 2.25.4-6, 8.6.4). The region thus lay at the edge of Argive influence and at the intersections of several overland corridors and roads that connected the communities of southern Greece.

In the course of a six-week field season, the project surveyed an area of 5.5 square kilometers and investigated seven major sites in addition to numerous minor scatters, all ranging in date from the Early Bronze Age to the Ottoman-Venetian periods. The survey was highly intensive in its spatial control and in its collection strategy: individual survey units, defined primarily by modern agricultural fields, were very small (on average, 0.21 hectares), and field walkers, spaced at 10 meter intervals, collected all artifacts other than tile, which was sampled.

Our preliminary analysis of the 2014 season suggests that there were two major shifts in the settlement history of the valley. First, there was a massive increase in activity during the Classical and Hellenistic periods, with settlement focused on low, defensible hills. These low limestone outcrops also seem to be favored loci for pre-Classical activity. This pattern shifts dramatically in the Roman period: Roman and post-Roman settlement is characterized by nucleated habitation on the lower slopes on the north side of the valley, less than half a kilometer from the Inachos river. 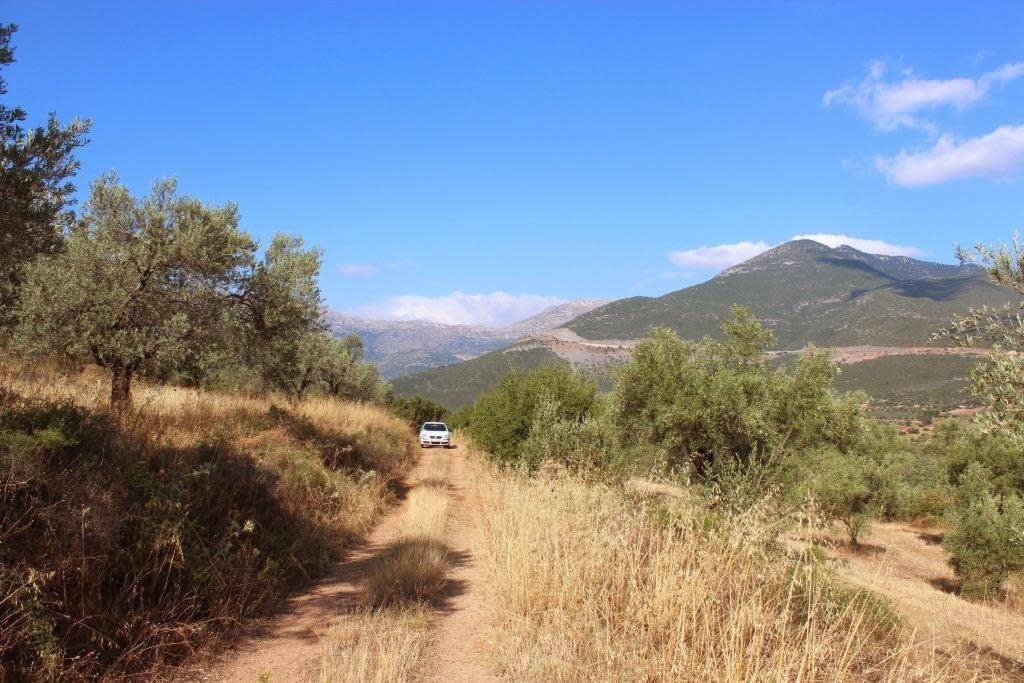