We just began the first (half-)week of the 2015 field season. Whereas last year we worked in the dramatic mountainous valley around the village of Lyrkeia, this year we’re operating in the lower reaches of the Inachos river, near Schinochori and Malandreni, as the river begins to spill onto the Argive plain: 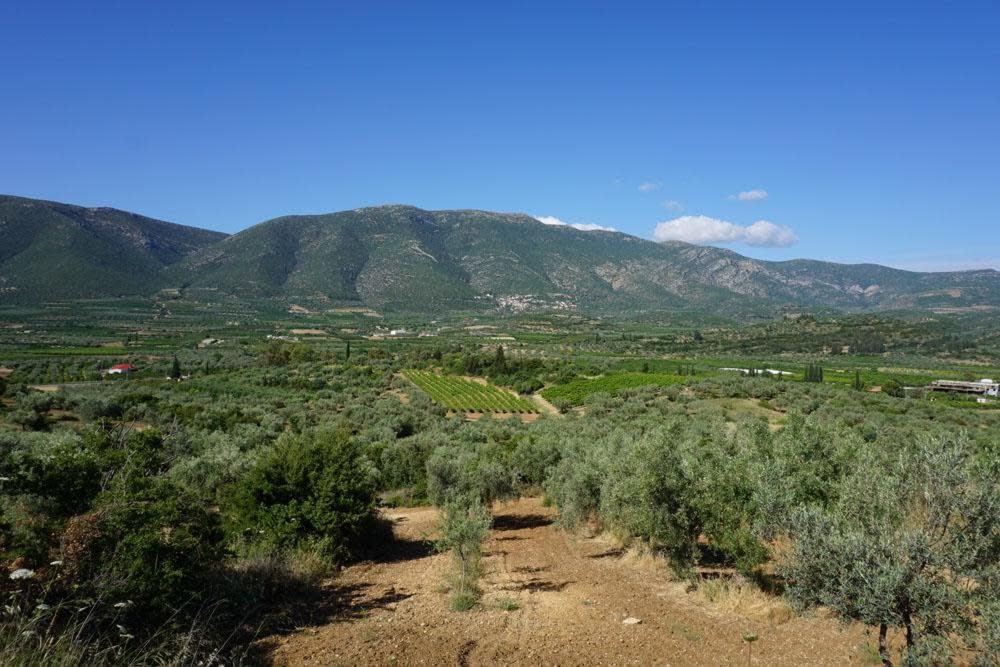 It’s an equally pretty part of the Argolid, albeit much more intensively farmed. There are, for instance, many more vineyards in this part of the Argolid, and in the 1:5000 maps produced by the Greek army in the 1960s, there were many more investments in the agricultural landscape, especially wells and threshing-floors. Today we experienced on-again, off-again rain in the field, something that has become something of a tradition for us early in the season. Eventually, however, the clouds parted and the sun shone down.

Here are some pictures that I took in the first week: