We have an apotheke now. Apotheke (αποθήκη) is Greek for storage facility, but for most archaeologists working in Greece, it means a place where you store and study the artifacts that you collect from the field. 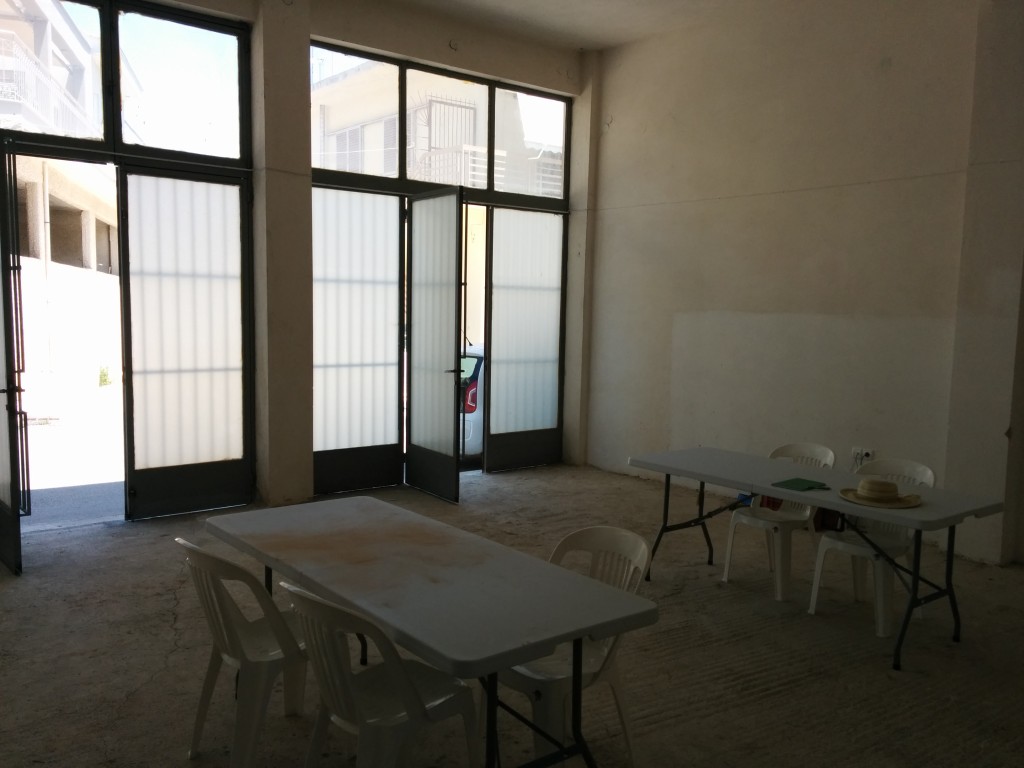 Up until today, we were getting the apotheke ready. That meant renting the space, having security measures installed, getting electricity, water, and a phone line installed, and so on. That sounds relatively straightforward, but owing to the fact that we’re not Greeks and that the apotheke had been “off the grid” (no electricity, etc.) for some time now, this took quite a bit of work. It involved two accountants, two lawyers, three iron smiths, two glass specialists, two engineers, two guards, a security company, and three major utility companies (electricity, water, phone).

That also meant that until today we were taking our pottery to the Argos museum. So first thing this morning, we loaded up our friend Andreas’ pick-up truck with 44 crates of pottery and drove it from the museum to the apotheke. 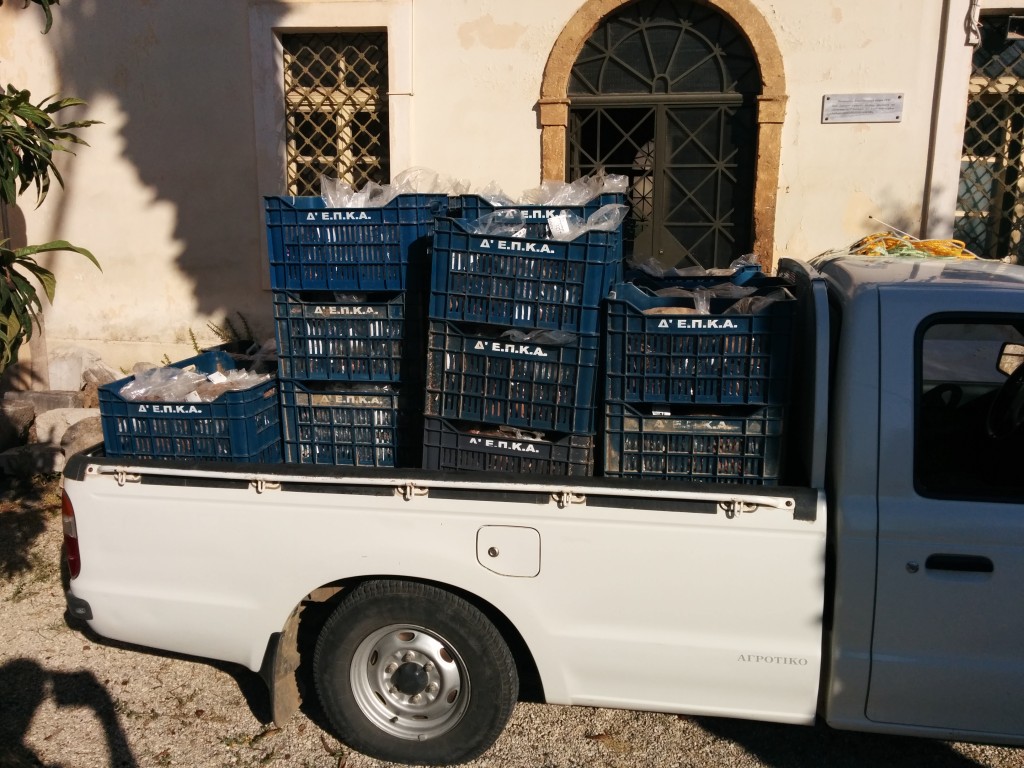 These crates were organized by the date that we collected the pottery and tile and handed it over to the museum guards, but that’s obviously not super useful, since each of our survey units is assigned a number, sequentially by team. So in terms of finding specific bags, it’s much easier to organize the material by unit number. That means taking all of the pottery bags out of their crates and reorganizing them: 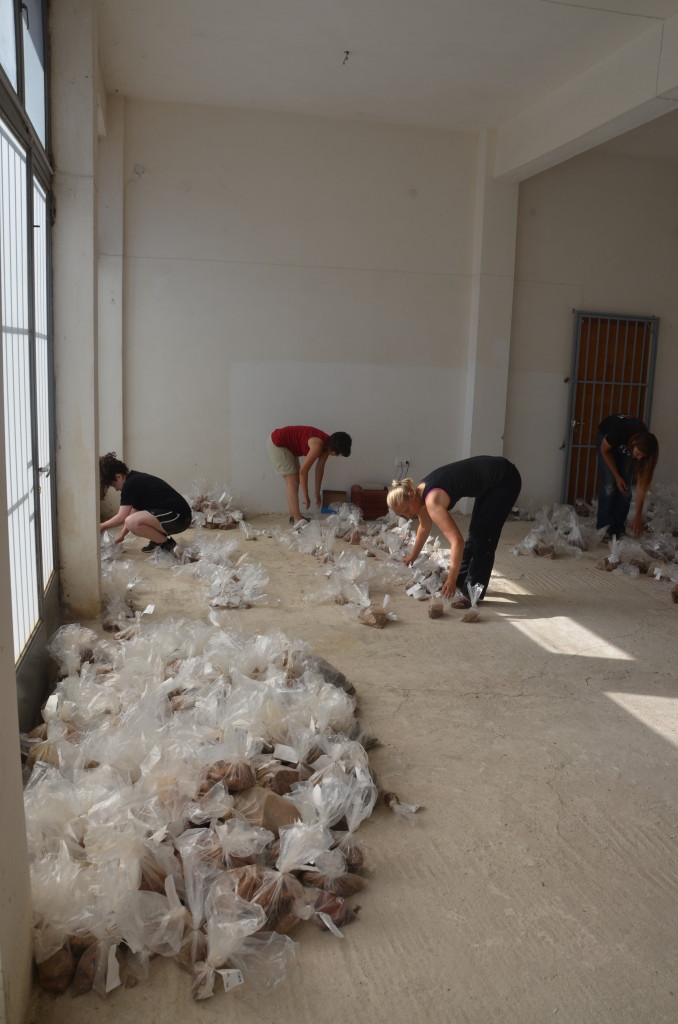 It’s kind of a hassle to reorganize 1,527 bags, but with the help of Stephanie’s team (Team 5) we were able to finish the job in a morning: 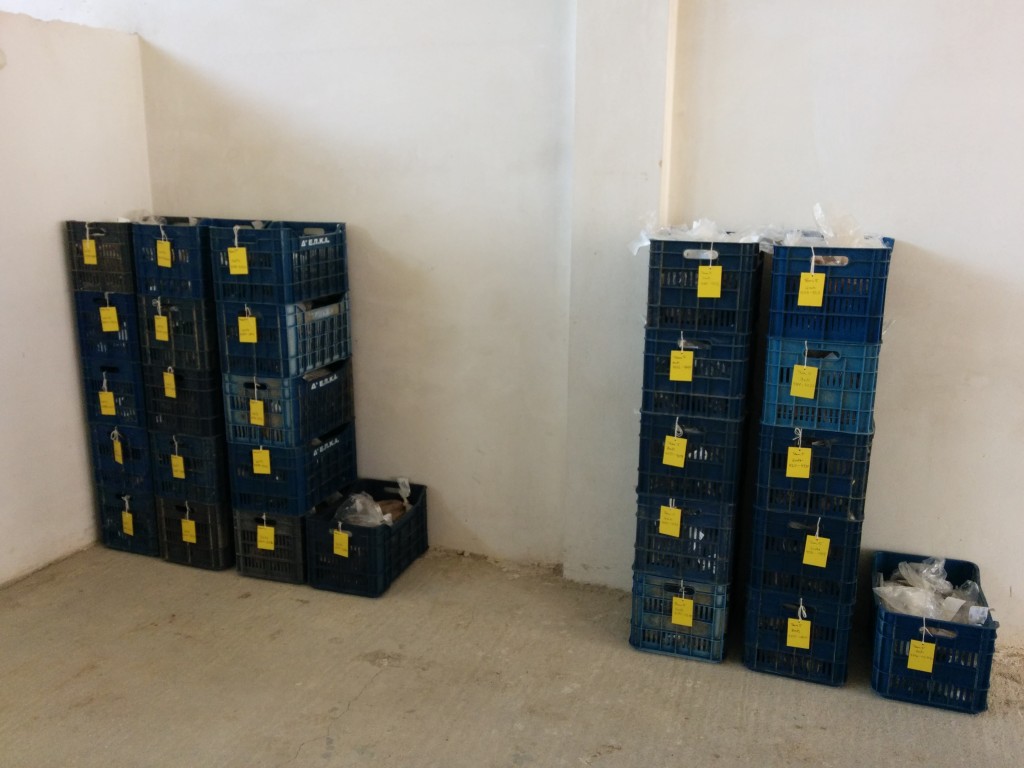 And that left time for Sarah to do some pottery reading in front of an audience composed of Team 5: 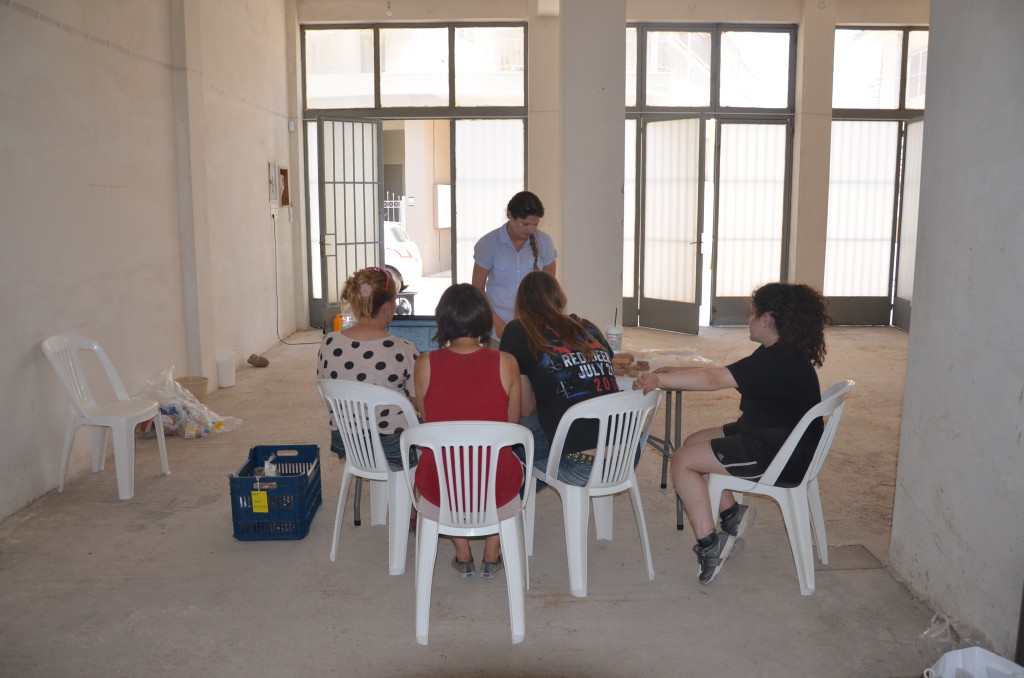 Now that we have the apotheke up and running, we can begin the study of the enormous back-log of pottery that we haven’t had access to while it was being stored for us in the Museum. Sarah and Scott will spend the next couple of weeks reading the pottery and tile as quickly as they can!