[Ed.: Originally posted on the Canadian Institute in Greece‘s site]

The Western Argolid Regional Project (WARP) has just concluded its second field season. Whereas in the 2014 season the project surveyed in the area of the modern village of Lyrkeia, which sits on the northern edge of a wide open mountainous river valley, the 2015 season focused on the lower reaches of the Inachos river as the valley begins to flatten out and open up into the Argive plain, in the territories of the modern villages of Schinochori and Malandreni. 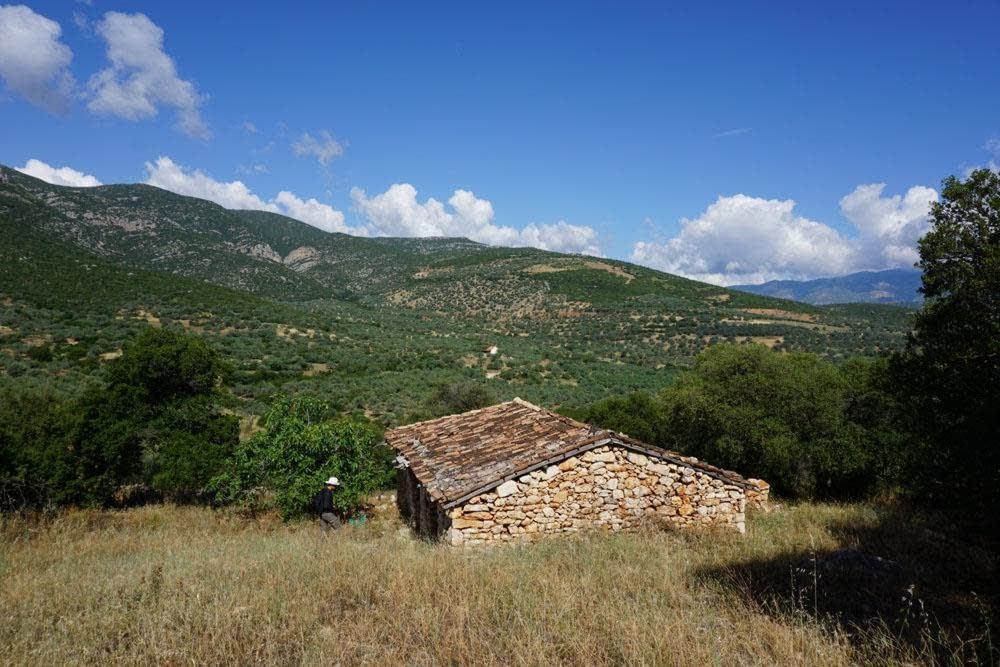 Over the course of six weeks (3 June — 14 July), our six field teams intensively surveyed 6.8 square kilometers in 2,699 survey units, criss-crossing the sometimes rough and rocky terrain of this year’s survey area. Like last year, we found a wide variety of artifacts and sites, from the Early Bronze Age to the Modern period, with Archaic to Hellenistic predominating. The total artifact density for 2015 was about two thirds of that from the 2014 field season. This is very surprising considering that (1) we were operating in such close proximity to Argos (about 10 km) and (2) this year’s survey area is a much more actively utilized modern landscape, with many more field houses (kalyvia), threshing floors (alonia) and other agricultural installations. Many of these were no longer in use, giving us an opportunity to do some targeted survey and study of abandoned modern buildings. At next year’s annual meeting of the AIA we’ll be presenting a paper based in large part on this year’s work entitled “Roads, Routes and Abandoned Villages in the western Argolid” as part of a colloquium on deserted villages organized by Deb Stewart and Kostis Kourelis. 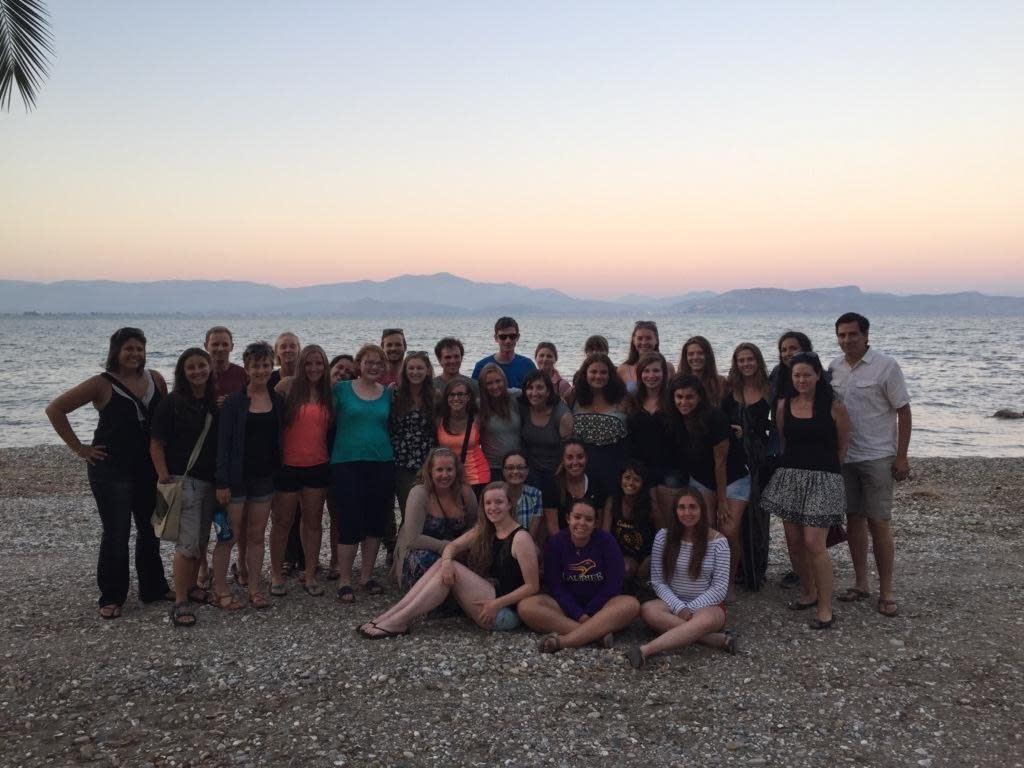 Our team was bigger than last year’s: we added an extra field team and in total there were 22 field walkers, evenly split between students from Wilfrid Laurier University (Scott’s home institution) and the University of Colorado Boulder (Sarah’s home institution). They patiently endured the less fun parts of the Greek landscape, like spiders and ankle-turning fields of weeds, with good cheer, and even embraced the challenge of walking directly up rocky slopes! We were lucky to retain almost all of our graduate students from the 2014 season, so students were expertly guided by a remarkable group of very experienced, intelligent, and hard-working team leaders. 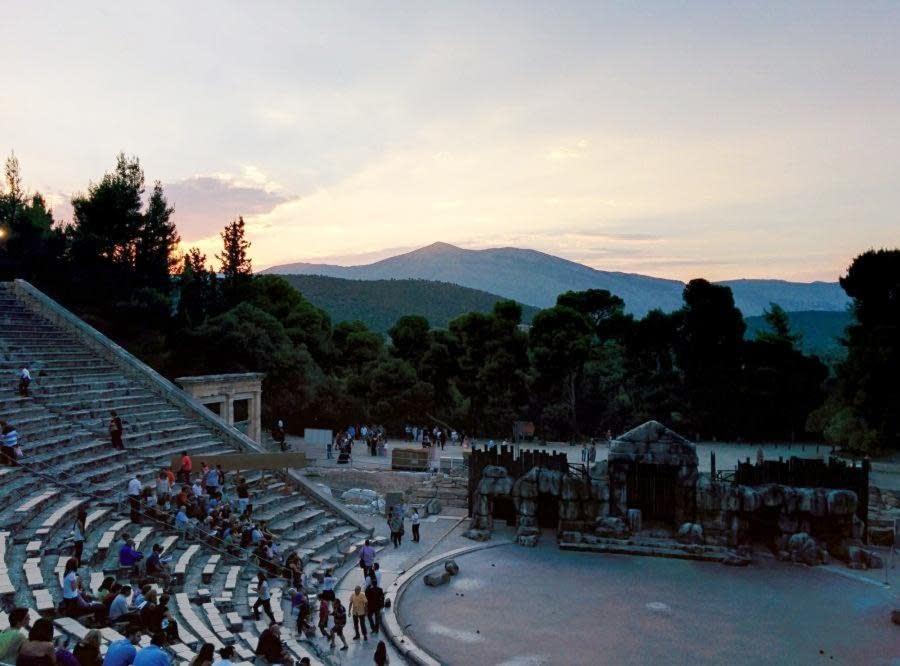 Like last year, we took students on field trips to sites in the northeastern Peloponnese, including the CIG excavations at Stymphalos, but there were some changes, too: this year we went as a team to a performance at the Epidauros theatre. We saw a riveting performance of Euripides’ “Trojan Women” by the National Theatre of Greece. To help us appreciate the play, Professor John Gibert (University of Colorado Boulder) visited the project for just over a week and gave presentations on ancient theatre (in the ancient theatre of Argos) and on the “Trojan Women” specifically. Also unlike last year, this year we were joined by some new staff: Ioanna Antoniadou, an archaeologist and anthropologist who worked with the team for eight weeks as the project’s ethnographer, and Joe Desloges and Pamela Tetford, fluvial geomorphologists who studied the Inachos river and its effects on the landscapes of the western Argolid. These specialists are fleshing out our understanding of the recent past and the present of the local communities with and around whom we work, as well as the geological past and present of the region. Although these studies are still preliminary, they have already helped the project immeasurably, not only for research but also for student training.

For more information on WARP, please visit our project website and blog at westernargolid.org!