I am fond of telling non-Greek speakers how most loan-words in Greek are neuter and don’t decline. Sometimes I have tried to decline them, usually with hilarious (for other people) results. Once I talked to my uncle about whiskies — ουισκιά, a made-up plural — and got laughed at. But some loan words, special ones, get a non-neuter gender and get to decline like real, grown-up, Greek words. You know, really important words, like Κόκα-Κόλα (Coca Cola) and μπουλντόζα (bulldozer).

We’ve been talking a lot about bulldozers these days on WARP because the landscape many of us are now encountering is so obviously shaped by bulldozers. As farmers convert their fields from olives to apricots and other fruit, they are preparing them through scraping and the removal of stones to the edges of the field. For example, this is what the edge of a Greek agricultural field normally looks like (with Melanie Godsey for scale): 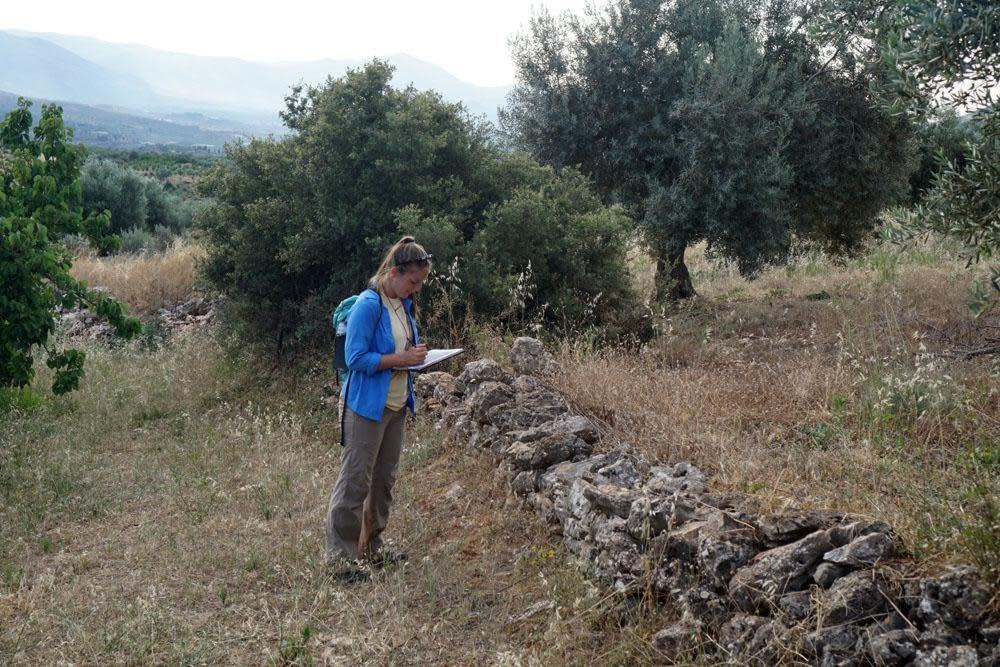 This is what some field walls look like in our current survey area, again with Melanie: 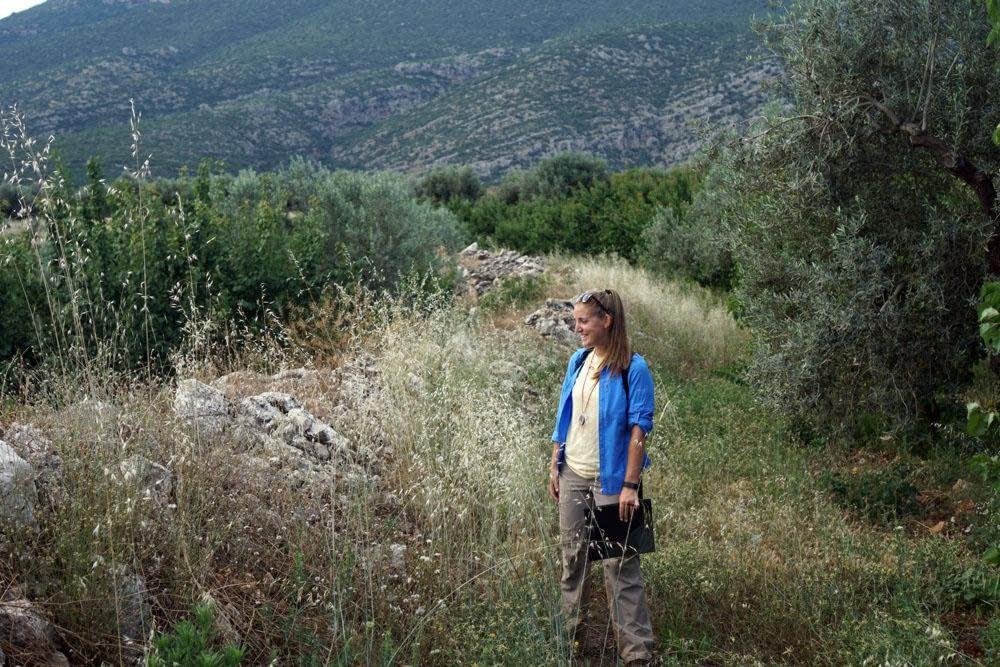 This is not even the largest of these rock piles, which stick out like a sore thumb on our satellite images and are composed of rocks of all sizes, from cobbles to enormous boulders. The farmers that we encounter in the field acknowledge the massive changes to the landscape wreaked by these machines.

We anticipated that the landscape of the 2015 survey area would be much more intensively used by modern farmers: even a casual glance at the maps made by the Greek army show many more houses and animal pens in this year’s area compared to last year’s, not to mention other installations like wells and (now abandoned) threshing floors. Still, it is striking when you come across heavily modified field after heavily modified field, especially after the much more traditionally maintained landscape of the 2014 field season around the village of Lyrkeia.

These landscape modifications are not uniformly destructive when it comes to the archaeological record: we’ve been able to recover useful data from scraped and bulldozed fields, and those scraped fields that have yielded virtually no material do not seem to differ significantly from their un-scraped neighbors with respect to the archaeological materials on the surface. But just because the bulldozer isn’t uniformly destructive, it doesn’t mean that it isn’t destructive: of course it is. In many of these fields, for instance, it is likely that the surface assemblage is all that is left to document.