It’s the midpoint of our six-week field season — or slightly before the midpoint, since we’ve worked 12 days in the field so far and we anticipate working another 14 or 15 — so it seems like a good time to take stock of where we stand. Here is the map of the units we’ve surveyed so far:

Those represent 1,228 survey units covering a total of over 2.8 square kilometers. In 1,103 of those units (we’re a little bit behind in data entry), we’ve counted (and collected) 3,152 pieces of pottery and 48 lithics, and (just counted and collected a sample of) 9,628 pieces of tile.

We called our project WARP because there’s a long tradition of snazzy acronyms in Greek survey — for instance, SNAP and SHARP — and our project is in the Western Argolid, so WARP was a natural abbreviation, not because we’re big fans of Star Trek or Boards of Canada or something silly like that. But we are almost living up to our name by burning through lots and lots of survey units. This is what we wanted for the project: our design was to combine high-intensity survey methods with the larger territorial coverages produced by earlier survey projects (25 sq km by Berbati-Limnes, 50 sq km by NVAP, 40 sq km by PRAP; now 30 sq km is the maximum allowed by Greek law). At the current rate, we’ll cover over 6 sq km this season, for a three-year coverage of some 20 sq km.

In an undertaking of this magnitude, we should expect there to be errors. But we’ve actually been incredibly efficient and error-free. We’ve only messed up once or twice so far. In both cases, the errors are easily correctable, and in fact in both cases the team leaders recognized the errors immediately. But even if we hadn’t recognized the mistakes until later, that’s an error rate of 0.16%! Considering how quickly we’re moving, that’s amazing, and it’s a testament to the hard work and acuity of our team leaders and field walkers.

We really couldn’t be happier with how the past three weeks of field work have gone. We’ve already accomplished an enormous amount, and have put ourselves in a really good position for the second half of the 2014 season. 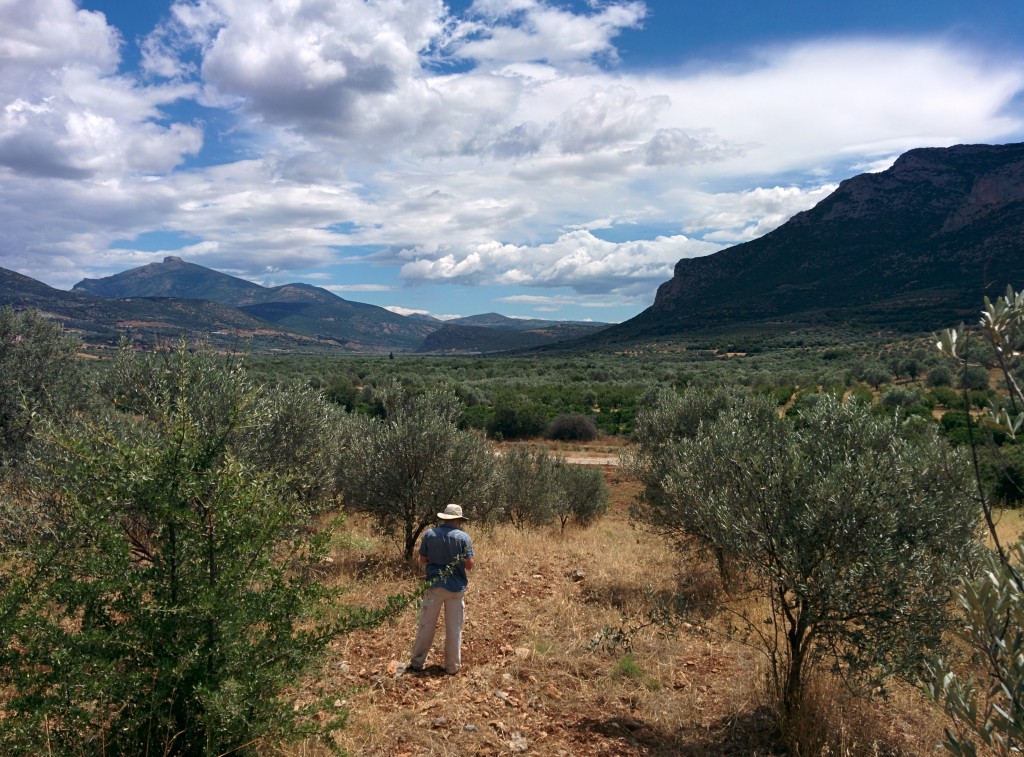